Reminder time! We'll just hold it in this thread on the day. 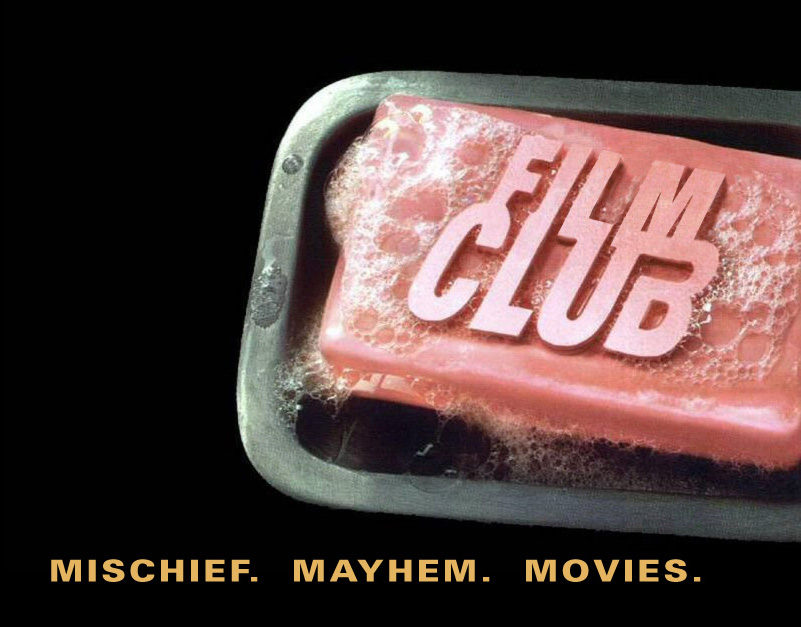 The first rule of film club is you don't talk about film club. Until, you know, we have to talk about it.

Will probably be in the cinema watching it at 12. Look forwards to the discussion. Also good call on hosting the club in the Teahouse.

I'm very interested to hear other opinions on it

Jeeez I thought I was late...

I think I'll wait for the discussion to begin before I spill my guts out here...

Alright I'll start shall I...

I thought it was a very engaging story, with characters that you seem to will on to succeed, the only question I want to pose to you people, is why where they there in the first place, and what did the final prawn mean when he wanted to save his race... does he mean the ones on earth or the whole of his race?

I agree completely. I thought it was fantastic. And the main character went from a complete tosspot to a complete hero. From what I remember, the prawns got lost and didn't mean to come to earth at all, and the last prawn I assume meant he was going to save those still on earth (from the poverty or whatnot?). Then again he could have headed off in the mothership to help the rest of his race with a war that they were possibly engaged in before accidentally coming to earth.

I will also say, the alien weapons were BADASS.

Yes I agree the weapons were amazing, and maybe the prawns that were sent to earth were exiles from their planet with no where to go?

Just a thought, as I'm sure there's definitely going to be a sequel to this. Although I did find the main character's transformation fairly disturbing, especially as his eye looked like it was about to pop out of his skull at the end.

Yep the transformation was brilliant but really horrific.

There will definitely be a sequel, but I kinda like not knowing fully. There are so many questions! I loved how much sympathy I naturally had for the prawns. Did anybody else think that the 'fluid' that transformed the main character was going to be the source of some widespread epidemic whereby all the humans begin turning into prawns? I thought that was the case, but jesus, I'm glad it wasn't.

I thought the first half was brilliant and really liked the metaphors that reference District 6 (9 is an upside down 6) such as their addiction to catfood being sold to them for extortionate prices=drugs, unwanted species=unwanted race etc etc but the precise moment where it went from being brilliant to average for me was where Christopher is standing there staring at that prawn carcass in the lab. From then on it feels like one really long drawn out scene of mindless action and sad alien faces with orchestral music in the background. Sure it's cool seeing a huge mech tearing shit apart for 20 minutes but I'd rather have it replaced with some more intellectual substance. I think the craziness of the end detracts from the fairly strong veil of realism it presents for the first half and successful tore away at the foundations of the immersion it had built so well to begin with and the pacing for this latter segment flutters too much with 10 minutes of action 5 minutes of Wikus being captured and about to die, 30 seconds of conveniently timed events that save Wikus and 10 more minutes of action rinse, lather and repeat.
First half 5/5, second half 2/5, overall 3/5. Sorry guys.

And who else thinks those guns would be fucking awesome in a sci-fi shooter game? Particularly that one that shoots shockwaves and sends people flying, the first one he uses after he's escaped the lab.

All the guns are awesome. I thought the one that shot that bolt thing out and then made people explode was the best. The shockwaves one was already used in Dead Space although it wasn't as powerful. I think it was called 'the pusher' in Dead Space...

About the actual film though. I know where you're coming from with the second half etc., but I thought they struck the balance reasonably well, actually. As a mindless action-packed shooter, the second half would rate pretty high in comparison to others trying to do the same thing. Yes, the first half really enhances the story, and the movie itself, but for me, the action was pretty much the icing on the cake...

If it were to present itself as an action film all the way through consistently providing scenes of the same calibre as the second half it would be a 3/5 for me probably. But I'm pretty sure I prefer it as it is now than I would to a solid action film. The 3 for this film wavers closer to a 4 than a 2 although it is pretty much bang on 3/5 for me.

Sorry guys, i've been out all day.

Sean, im in complete agreement with you, the first half blew me away, it was so subtle with completely believable characters. The metaphors to drugs, to the racist ideals of the country, the documentary feel...it was all completely fantastic. The scenes where he was serving eviction notices to the Prawns was exquisite, very tense, extraordinary.

But the second half, it really let the film down. Admittedly, the weaponry, sci-fi conventions were all great, but the "hollywood" way in which the central character transformed into the hero felt a little unusual considering what has gone before it.

But yeah, very enjoyable film, just not as good as i was hoping, 6 or a 7 out of 10 on the whole, though the first half is a 9. Only wish they could have been brave enough to carry on th documentary feel throughout.

I liked the ending after the second half, because after the blanket hollywood-isms (which were still pretty great in my opinion) there wasn't the obligatory "luckily we found this cure sitting right next to your wife, Wikus. Just in time for Christmas!" scene which I thought was coming. All in all it was great to see something that came out of one of those rare "Hollywood being nice to a small artist" stories that wasn't self indulgent and mediocre. That said, the first half did promise more than was delivered, but it was the best first half I've seen in a while.
Let's do this again sometime, with a logo that wasn't on the first page of Google Images.

It wasnt really as good a discussion as i was expecting

Yeh its a shame. But hey its our first shot at it. We'll get more comfortable and it will be easier

cant watch this because the form to renew my EMA still hasnt arrived. wankers.

That'll be the postal strike

how about for the next film we choose something easily available either on dvd or the internet, as cinema trips can be expensive for those who have no money. I have a feeling kaviar may be in here with a comment soon, as he only had a day to see it before discussion began, and he is essentially our film guru.
we'll nominate in this thread and the 3 most liked suggestions will be put to a vote.

Who thought that the actor who plays Wikus was pretty damn good despite what you may or may not think of the film?

I wasn't expecting this. An adrenaline fueled rollercoaster ride riddled with intelligent metaphors and disturbing political allegations as well as wonderful CGI and originality. After a pitch perfect documentary opening the film hit you in the stomach and kept pummeling you until the end credits. Rarely have I experienced films that so brilliantly channel suspense and intelligent plot. Questions arise and are never truly explained, to the overall benefit of the production. The Wikus character ark is cleverly written, with his "redemption" coming late, but soon enough to save his character from being remembered as less than favorable. The prawn father and son had emotions embedded in them that transcended the CGI that created them. Fabulous.

I see some of you are unhappy with the build up to the climax. In all honestly I fail to see what's not to like. This was never going to be an artsy european film. Certain elements were going to have to fall in to place to pull the audience through the traditional dramaturgical curve. I reckon Blomkamp did a sterling job, fleshing out characters while simultaneously building the film up to its nerve-wracking climax. The austere beauty seen in Wikus's creations speak philosophical volumes and the ambiguity of the ending shouldn't be marred by a sequel. The fleeting glimpse of how humanity treats things that are different was enough for me, filling it out would detract from the overall mystery which all the human characters no dealt felt.

The action was fabulous, and for once I didn't feel the shaky-cam approach detracted from the cinematographic experience. For a moment I thought it was going to be another Cloverfield. Thankfully, it was not to be. Blomkamp cleverly created three primary factions and had them all clash in different manners throughout meaning that the number of arch bad guys was kept to a maintainable minimum. Keeping them alive throughout most of the film also allowed for them to establish a suitable presence, making their violent demises all the more pleasurable and disturbing.

7 stunned film students left the cinema, and with the exception of one 8, the rest were in firm agreement that this was 9-10 material.

I think my biggest problem with the film is the way in which it starte out so bravely, using the documentary style, but then resorted to Holywood style cliche. I thought the Wikus character was fabulous, the fact his "heroic" moments were born out of pure selfishness, extraordinary. However, the way in which his arc comes around to being the typical hero was unnescesary. But maybe thats just me. I agree with the statements concerning the CGI, and the way it conveyed the emotions, it was truly like nothing in memory (except Pixar's work?) in the way i cared for the Prawns, and for only 30 Million? Its a testement to the skills of Blomkamp. Similarly, the action was all, as Kaviar say, exceptional.

For me, and this is personal opinion here, i was dissapointed in the way it did revert to cliche, because the opening, and reviews i had read had made it out to be something much much more, but i suppose the fact i do keep thinking about it, or the way it can arouse debate possibly means its better than i remember it? I plan to see it again shortly, and perhaps it will alter my initial impression (which often happens), though i guess we'll see.